You are here: Back to:

Classics Week 2021
A Celebration of Classic and Ancient Civiliations 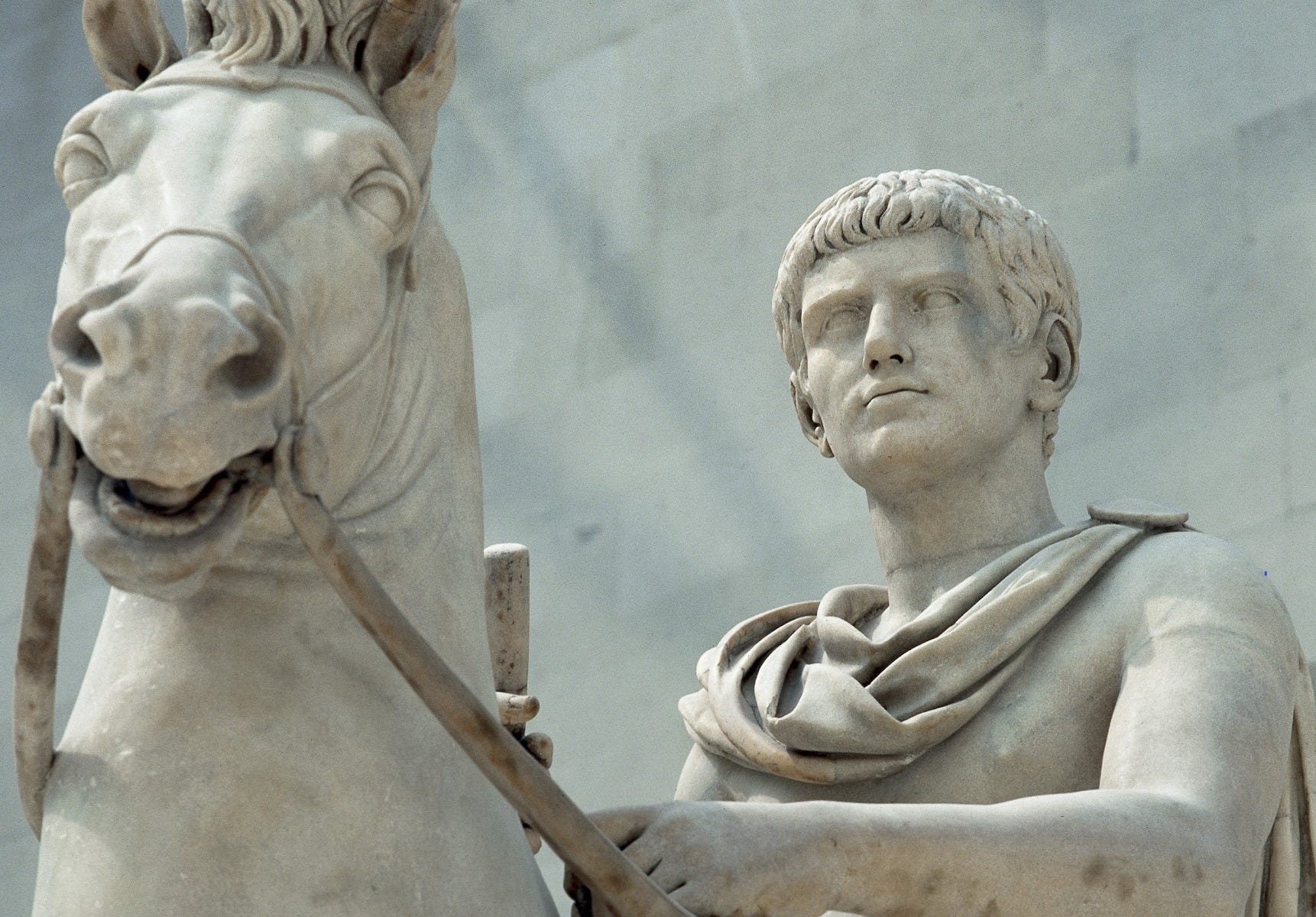 Dame Mary Beard is Professor of Classics at the University of Cambridge and Fellow of Newnham College, where she has taught since 1984. She is also Professor of Ancient Literature at the Royal Academy, Classics editor of the Times Literary Supplementand a Fellow of the British Academy, International Member of the American Academy of Arts and Sciences, and a City Lit Fellow.

Beard has written numerous books and articles on ancient history and archaeology. Her books include: The Parthenon (2002); Pompeii: Life in a Roman Town (2014) and SPQR: A History of Ancient Rome (2015). Her Women in Power: a Manifesto (2017) was based on two lectures first given in the British Museum. She's currently finishing a book on images of Roman Emperors in Renaissance and later art.

She's presented many BBC television documentaries on Roman history and art more generally, from Meet the Romans (2012) through two episodes of Civilisations (2018) to Shock of the Nude (2020). She currently presents the BBC Two arts series Inside Culture.

Tom Holland is an award-winning historian, biographer and broadcaster. He is the author of Rubicon: The Triumph and the Tragedy of the Roman Republic, which won the Hessell-Tiltman Prize for History and was shortlisted for the Samuel Johnson Prize; Persian Fire, his history of the Graeco-Persian wars, won the Anglo-Hellenic League’s Runciman Award in 2006; Millennium: The End of the World and the Forging of Christendom, a panoramic account of the two centuries on either side of the apocalyptic year 1000; In the Shadow of the Sword, which covers the collapse of Roman and Persian power in the Near East, and the emergence of Islam; and Dynasty, a portrait of Rome’s first imperial dynasty.

In 2007, he was the winner of the Classical Association prize, awarded to ‘the individual who has done most to promote the study of the language, literature and civilisation of Ancient Greece and Rome’.

Nigel Hamilton was born in 1944, and studied history at Cambridge University. His first major biography, The Brothers Mann, was critically acclaimed both in Britain and the USA, and widely translated. Monty, the first of his three-volume official life of Field Marshal Montgomery, won the Whitbread Award for Biography and the Templar medal. JFK: Reckless Youthwas a bestseller on both sides of the Atlantic in 1992, selling over a quarter of a million copies in hardback. His two-volume biography of Bill Clinton has also been published as a one-volume edition.

In 2010 he published American Caesars, an acclaimed study of twelve American presidents. His latest project is a trilogy about Franklin D. Roosevelt as Commander-in-Chief during the Second World War: The Mantle of Command was followed by Commander in Chief, and a third volume will be published in 2019.

Ian Morris is the Willard Professor of Classics and a fellow of the Stanford Archaeology Center at Stanford University.

He has directed excavations in Italy and Greece and has published thirteen previous books, including Why the West Rules—for Now , The Measure of Civilization, and War! What Is It Good For?

His most recent book, Foragers, Farmers, and Fossil Fuels: How Human Values Evolve, originated as the Tanner Lectures delivered at Princeton University.

Bonnie Greer is an American-born playwright, novelist, critic, journalist and broadcaster who has lived in the UK since the mid-1980s.

She served as Trustee and later as Deputy Chair of the British Museum and has served on the boards of other leading arts organisations including the Royal Opera House, Covent Garden and the London Film School.

Her acclaimed audiobook In Search of Black History was released in 2019. She has returned to the Museum at the invitation of the Director to co-create and co-curate the Era of Reclamation  event series which, through talks, culture, art and community activities, addresses questions of social justice and historical truth.

Olivette Otele PhD, FRHistS is a Professor of History of Slavery and Memory of enslavement at the University of Bristol. She is a Fellow and a Vice President of the Royal Historical Society. Professor Otele holds a PhD in History from Université Paris, La Sorbonne, France. Her area of research is colonial and post-colonial History and the histories of people of African descent.

Nero: the man behind the myth

Francesca Bologna PhD is Project Curator of the Museum’s upcoming exhibition Nero: the man behind the myth (27 May – 24 Oct).

Nero: the man behind the myth

Mark Malcomson is the Principal and Chief Executive of the City Lit, Europe's largest provider of short courses for adults.

Mark was previously Director of Executive Education at London Business School, 2007-11 and prior to that President of the New York Institute of Finance.

The annual City Lit x British Museum Classics Week is a celebration of classic & ancient civilisations. The event consists of 25 daytime talks hosted by City Lit, and a keynote speaker series consisting of 5 evening talks. This year, the event takes inspiration from the British Museum’s ongoing exhibition Nero: the man behind the myth (27 May- 24 Oct).

Join us for an online programme of talks, discussions, and taster courses exploring the subject of power in ancient Rome, with a line up of renowned expert guest speakers including Mary Beard, Bonnie Greer, Tom Holland and Ian Morris.